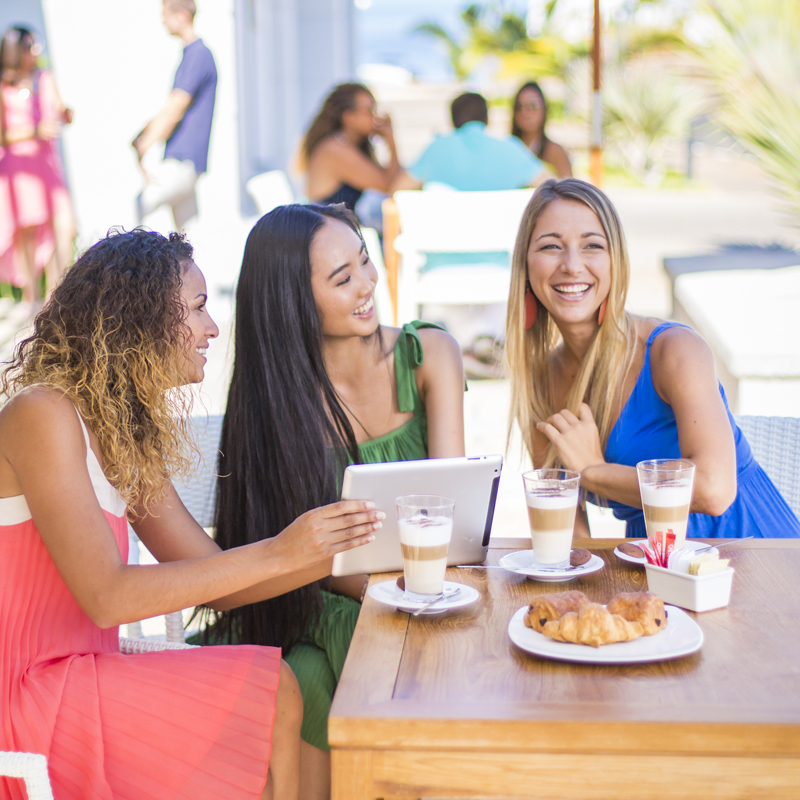 You’re seated in a restaurant and you’ve just ordered Cacio e Pepe, a Roman favorite, or maybe a rougail, a tomato-based dish, popular in the Mascarene islands. Chances are, if you listen closely, you’ll overhear snippets of French, Italian, English (in varying degrees of ‘accent’), Creole (the vernacular), Bhojpuri, and Hindi. The surprising mix of accents, tones, languages and dialects spoken reflects Mauritius’ cultural mosaic. A microcosm of the world.

History – with its waves of migration from East Africa, China, England, France, and India – explains to some extent the diversity one can encounter on such a small speck of land. During the Spice Trade, Mauritius was a vital stop for large ships heading to and returning from the East Indies. A century later, in 2018, Mauritius has positioned itself as a hub between three markets with enormous potential: Africa, China and India.

Each day, there are dozens of flights to Paris, London, Dubai, Sydney, Shanghai, Nairobi, Istanbul, Mumbai, Johannesburg, Singapore, Helsinki, Copenhagen, Hong Kong, Bangalore, Warsaw… You name it. Not so long ago, the SSR International Airport underwent a 20-billion rupee renovation in an effort to further position the island as an economic and financial hub and raise its yearly capacity to 4.5 million passengers.

Bilingualism, booming industries, a – quite literally – less taxing tax system, Double Taxation Agreements with 43 countries, an air corridor between Asia and Africa, historical ties with India and Europe, a key geographic position in the Indian Ocean, and the diversity of its population are all factors that contribute to making Mauritius the economic nerve center of the Indian Ocean.